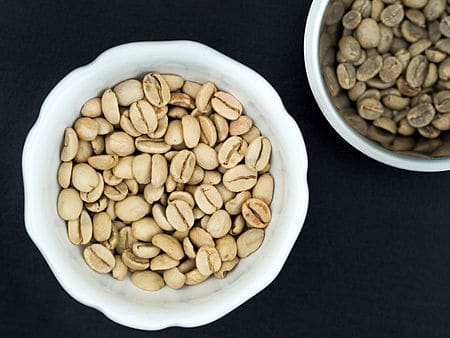 Want to know more about the trend of Barrel aged coffee?  What about why aged Sumatra is even a thing? Throughout history, aging anything seems to make it better—wine, cheese, and pickles, for example. Even coffee isn’t exempt from this trend. There are many different methods and origins of aged coffee, and a new interest in it has resurfaced in the coffee market.

Aged coffee has its origins in European trading. Merchants would often export coffees out of places like Africa, and later India and Indonesia. Back in the 1500s the only way to transport the coffee was by lengthy sea journey. Rounding the Cape of Good Hope could take over a month, and the sea air and time spent in transit changed the flavor of the coffee. Europeans grew accustomed to drinking coffee that had been aged for months at least. Even after the Suez Canal made the journey much shorter, most Europeans still preferred aged coffee over fresh.

To meet their customers’ preferences, merchants would replicate the sea journey’s effects on coffee by storing their beans in warehouses on the coast for months before shipping. These methods were the beginning of purposefully aged coffee. Eventually European tastes transitioned into preferring fresh coffee, but that by no means indicates that aged coffee is not good.

Aged coffee has an extremely wide range of flavors due to the fact that any coffee can be aged. Not all coffees, however, are suited for this method. The best coffees for aging are low-acid beans from India and Indonesia. Aged Sumatra and Sulawesi coffees have a distinctive spicy flavor that has made them a part of Starbucks’ Christmas blend. These coffees often have a rich, earthy body and very little acidity.

India has its own specific variety of aged coffee, Monsooned Malabar, which is known for its chocolaty flavors. Monsooned Malabar originates from aged coffee that was exported to Europe by the British occupants of India. The sea journey from India often took months, and once the coffee arrived people began to realize that coffee shipped during the monsoon season had different flavor and appearance than when shipped at other times of the year.

The humidity and sea winds combined caused the beans to swell slightly and turn yellow. They also lost all acidity, making for a heavy-bodied, earthy cup. After more effective sea travel was implemented, the beans were no longer exposed to the elements that caused them to develop in their unique way. To compensate for this, the beans were aged in a warehouse and exposed to the monsoon winds for three to four months. Monsooned Malabar is now protected by the Geographical Indication of Goods Act, meaning it can only be produced in India—the Malabar Coast specifically.

Not all aged coffee has such exacting standards as Monsooned Malabar, but there is a difference between coffee that is aged and coffee that is simply old. Aged coffee must be stored in a warehouse with good air flow. Every few months the bags are inspected and rotated to air them out. To age properly, coffee needs a climate where the beans can absorb moisture during the rainy season and release it during the dry season. This is part of the reason why most good aged coffees originate from Indonesia, India, and South America. Coffee tends to mellow as it ages, so varieties that start out with low acidity often age well.

Barrel aged coffee is a variation often practiced by people who do not have the space to lay their coffee out flat. There is a new market for whiskey-aged coffee: coffee that has been aged inside barrels that formerly held whiskey or bourbon. This coffee apparently gains a whole slew of new flavors.

Aged coffee is usually left for a few months to a few years, depending on what variety it is or what the roaster has in mind. Aged Sumatran coffee is usually cured for three to five years, while some barrel aged coffees are only left for a month and a half. Coffee beans can go stale and lose their taste if they are not stored properly, but authentically aged coffee has had precautions taken against that happening.

Here at Bright Java we offer West Java wet hulled coffee that has been aging in our warehouse for three years. We hope to do justice to the historical roots and great tradition of coffee aging.