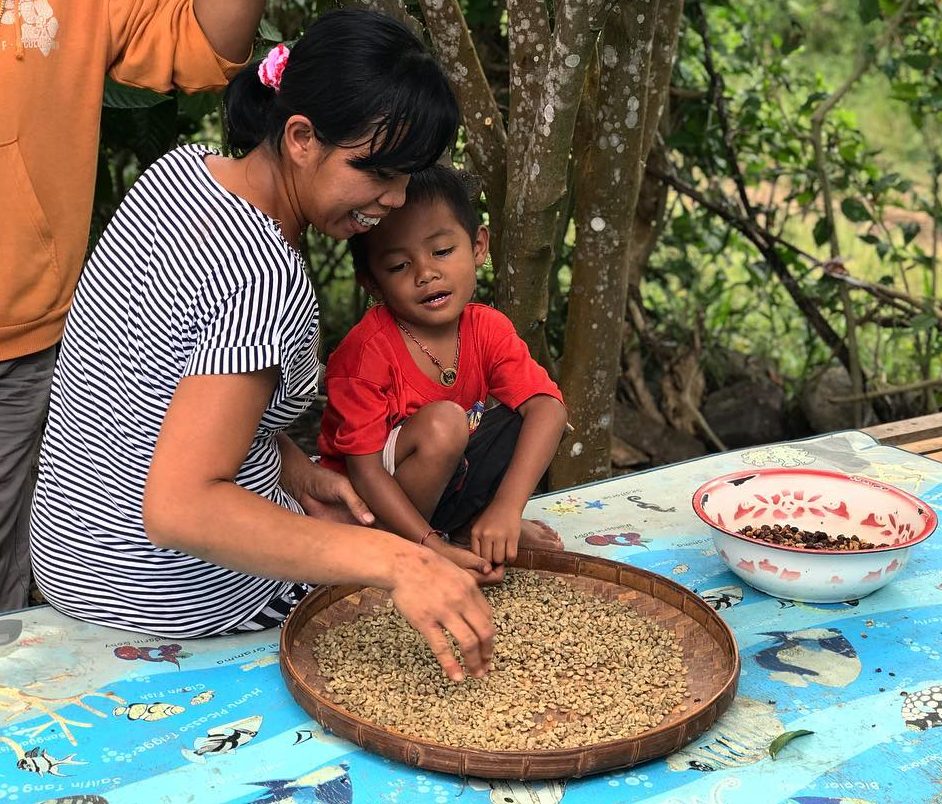 In the early 17th century, Dutch traders brought coffee trees back to their own country (the Netherlands or Holland, in case that’s confusing) and cultivated it in their greenhouses.  They already had colonized Indonesia at that point in order to gain a monopoly over the spice trade, and it was known as the “Dutch East Indies”, so they brought coffee trees to Indonesia to cultivate for export. They were successful in creating a love for coffee across Europe, and thus Indonesia became the first place coffee was cultivated outside of the Arabian Peninsula.

Around the turn of the 19th century, the fate of coffee in Indonesia took a downturn when many of the Arabica trees from the Dutch were eradicated by coffee rust.  Most replantings were with Robusta, which still forms 90% of the commodity coffee crop in Indonesia today.

After World War II, the Dutch were kicked out of Indonesia and the many islands under their rule joined together to become the new country of Indonesia – like America, a radical experiment in democracy. The Dutch were gone but the coffee remained as a now-permanent part of the country and its culture.

Arabica coffee grows best in mountainous regions near the equator, at between 3000 and 6000 feet of elevation, and thrives in volcanic soil – all making Indonesia one of the world’s most ideal places for growing coffee. We are based on Java, the most populous island in Indonesia – whose name has become synonomous with coffee.

Most coffee farming here is done by smallholder farmers, about 92%.  Many are still doing it by hand using traditional methods.

Indonesia is well known as a specialty coffee origin, but the fact is that this renown comes from only a few well-developed coffee regions, out of dozens or even hundreds of regions with specialty coffee growing potential. Many farmers need mentoring and guidance as to how to produce a coffee bean that the specialty coffee lover really wants to buy.

In fact, in many areas, a lot of coffee that is grown is low-quality Robusta, or Arabica that is poorly picked, handled and processed so as to ruin the flavor. How tragic to cultivate coffee trees all year, only to do something like dry the beans on the ground so they come to taste like the soil! Such coffee brings only a very small profit to the grower – so little that sometimes the farmers do not even bother to harvest their trees.

We live here on the ground in Indonesia so we can really connect with the farmers personally and help them create truly great coffees. We don’t want to just find the great coffees that already exist – we want to mentor more farmers to be able to create it. And we want to sell this world-class coffee directly to the coffee lovers, bringing their stories all the way back to the person who actually gets to enjoy their coffee. 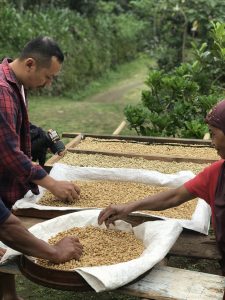